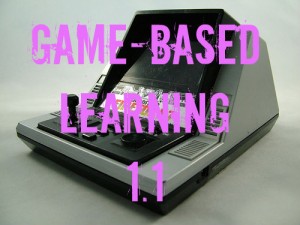 In this first instalment of a four-part guest series, David Dodgson talks about some of the misconceptions of GBL and the culture of gaming in general.

Dave Dodgson is an EFL teacher working with young learners in Turkey. He has always had an interest in the use of technology to enhance the learning experience and has recently started to look into how computer games can motivate students and promote learning. He is the blogger behind ELT Sandbox (eltsandbox.weebly.com) and also tweets about gaming in ELT (@eltsandbox) as well as running a Facebook page on the subject (facebook.com/eltsandbox1). He also runs a ‘regular’ teaching blog (davedodgson.com).

What is Game-based Learning? Or what it is NOT 🙂

Computer and video games are a huge part of the modern-day entertainment industry and increasingly a part of people’s everyday lives as we play on PCs, games consoles, websites and mobile devices. These games are also very engaging (some might say addictive!), motivating and require critical thinking and comprehension skills to complete tasks and advance through the game.

Engaging? Motivating? Promoting critical thinking and comprehension? That sounds a lot like what we want to see in the language classroom and it is what forms the concept of game-based learning – harnessing these aspects of gaming and using them to promote learning amongst our students.

However, game-based learning, and indeed gaming itself, are often misunderstood and there are many myths and misconceptions surrounding these ideas. Therefore, the first post in this series aims to clear up some of the misconceptions and destroy some of the myths to give a clearer picture of what Game-Based Learning (GBL) actually is.

Myth #1: Games are just for kids 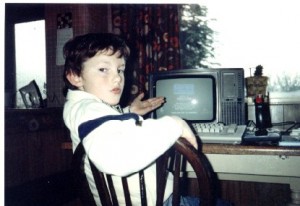 Granted, kids love playing games. Many of them have the ability to just ‘pick up and play’ whether it’s a new game or a familiar one and whatever the game system might be. However, for every Super Mario there is a Grand Theft Auto and for every Hello Kitty Online (yes, that is a real game!) there is a World of Warcraft. Some games are rated 15+ or 18+ for a reason. They are designed for adults and it’s not just a case of graphic content – often games require a mature adult or young adult brain to solve the puzzles and decipher the plot.

And I would also challenge the notion that ‘games for adults’ is a recent development brought on by the increased depth that modern hardware and software programming allows. I have vivid memories of a child of waking up in the night after an exciting Christmas Day celebration to the sound of my father expressing his frustration as he narrowly failed to complete a level on Bombjack on my new Commodore 64.

Take a look at this article from The Guardian to break this myth a little more. 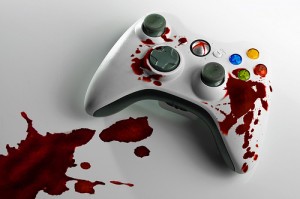 The majority of the time, the violence is not ‘mindless’ either. If you are a soldier on a covert mission (e.g. Call of Duty) you should expect to have to shoot the odd enemy or two. If you are stranded in a spooky fog-shrouded village with hideous abominations all around (think Silent Hill), you might have to be prepared to bludgeon a few of them to ensure your survival.

The truth is gaming is just like any other story-telling medium. There are violent films, TV dramas and novels but not all of those forms of entertainment are labelled as inherently ‘violent’. It is simply not that clear cut, especially as we now see games where gamers are faced with choices about how they want their character to act (Star Wars: The Old Republic is a prime example as players’ own choices determine whether their character goes to the dark side or the light side). This means the person controlling the character in the game can evaluate the options available to them and make an informed choice about how to approach a mission (wade in all guns blazing or act with stealth and get in and out with minimal collateral damage?) That, to me, sounds like a great way to get students thinking critically!

In addition to the violence, games are often criticised for their repetitive nature, essentially asking players to do the same thing over and over just with a slightly higher degree of difficulty each time or offering little choice other than to go from A to B. While this may have been true of early games back in the 1970s and 1980s, it has not been the case for a long time. Games now have an incredible amount of depth to them. They also allow players a significant amount of freedom not only about how their character acts but also the order in which they attempt quests and the manner in which they do them.

See this post from my ELT Sandbox blog about ‘sandbox’ games and the opportunities they present for open-ended playing.

Myth #4: Gaming is a solitary activity

Mention computer games and many people immediately see an image of a nerdy kid holed up in his bedroom in the dark while playing the role of a heroic knight on a quest to slay a dragon. “Get out in the real world,” they say. “Get a life and make some friends.”

But gaming has long since evolved from such days. The advent of online gaming and remotely connected devices mean players can potentially hook up with a vast array of like-minded players. MMORPGs like World of Warcraft offer players the chance to chat in game, either through text or audio, allowing for both socialising and a coordinated effort to achieve objectives and complete quests. The opportunities for language learning here are obvious as players form around the world find that English is the common language in which they can communicate.

Even when games don’t have online features for in-game communication, there are internet forums and fansites where players can go to discuss the game, seek advice and offer help. Again, English tends to be the common language here as players collaborate and communicate about the games they play.

Myth #5: Gaming does not require much ‘thinking’

I hope the above points have debunked this myth already! But, to sum up, modern games are complex affairs with intricate plots, well-written storylines and challenging objectives that demand critical thinking skills. Players must experiment, take risks, evaluate failed attempts and identify new strategies. They need to think outside the box, apply logic and activate background knowledge. They need language skills to decode information, interact within the game and engage in a community outside it. All of those things demand some pretty hardcore thinking skills if you ask me.

Myth #6: GBL is the same as gamification

In the world of education, the term ‘gamification’ has gained some currency in recent times. However, as is often the case, this has resulted in the term being misapplied and misunderstood. Gamification is NOT the same as game-based learning. Gamification takes ideas and concepts from the world of gaming and applies them to a non-gaming context. An example of this might be giving students ‘level-ups’ instead of grades or performance points or presenting a sequence of learning tasks as ‘quests’ with secret achievements to be ‘unlocked’.

GBL is all about actually using games in a learning environment. This make take the form of bringing a game into class and basing a lesson around it or it may take the form of using gaming as a topic to drive the lesson and get your students engaged and involved in language production.

So, what IS game-based learning?

Hopefully, I have started to answer this question by now! I will continue to do so over the next few weeks with some more guest posts here on eltjam (thanks guys for having me here by the way). In the next post, I will look at how GBL can be applied in the language classroom and what the benefits and potential pitfalls of using it are. Until then, please ask your questions and leave your comments below and I’ll be happy to respond.